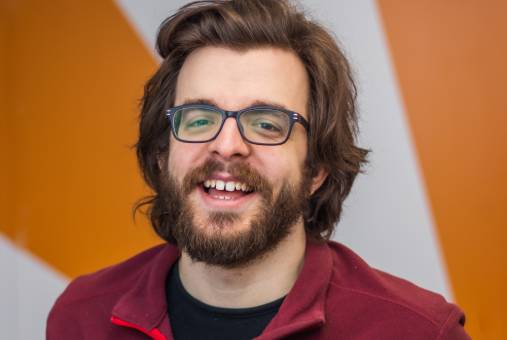 So you’re interested in hyper-casual games, but you also love gaming on PC and console.

First things first: so do we! Not only are many of us here at Kwalee huge fans of all kinds of games, from triple-A titles to innovative indies and hyper-casual hits, we are actively encouraged to play a wide variety of games across all platforms to inspire the very best and most creative hyper-casual output.

However, we also appreciate that from the outside, the hyper-casual games market can feel somewhat intimidating to those more familiar with the traditional PC and console model. The short bursts of gameplay, rapid development times and ad-funded model all point to a very distinct landscape, but the extent to which hyper-casual is hyper-different to the gaming markets on console and PC is somewhat exaggerated.

For instance, one fear with the hyper-casual mobile gaming sector is that the market is already becoming saturated and impenetrable to new developers. This is a common narrative with maturing sectors, of course, but I would refute this and point to the PC games market as an example.

The hyper-casual mobile space actually has plenty in common with the modern PC market: anyone can make and upload a game to the key platforms and there is an incredible amount of competition, with the major successes requiring either a great marketing strategy or great luck.

In many ways, the same goes even for console games. But there are still many, many developers making money on PC and console due to the demand, and nobody would declare that these markets have peaked, are over-saturated or that developers should no longer bother with them.

In fact, if you look at the numbers, there’s even more demand where hyper-casual and mobile are concerned. More than enough demand, we believe, to support the influx of new hyper-casual developers.

Of course, there are undeniable differences between the PC and console game markets and the hyper-casual mobile space. For one, the technologies involved are significantly different and the audiences for PC and console games have matured in a way that is incomparable to mobile — by their nature, these platforms are more geared towards gaming enthusiasts.

Furthermore, contrary to what some assume about hyper-casual and mobile more broadly, there are still a lot of new developers emerging from nowhere to reach the top of the charts with their hyper-casual games, much like there are on PC and console.

Again, this is about maturity and it’s worth remembering that hyper-casual has only been around for a couple of years! But in the coming years I expect to see the hyper-casual market begin to settle down from this period of rapid evolution and for the parallels with PC and console to become even more apparent.

While these platforms have their so-called ‘triple-A’ studios and publishers, it would be no great surprise to see the hyper-casual space begin to mirror this, with a clutch of more well-known ‘triple-H’ (not the wrestler!) studios like ourselves dominating alongside a large number of smaller studios.

And just as PC and console hits continue to emerge from exciting indies outside the triple-A studios, so too will smaller studios continue to find breakout success in hyper-casual for many years to come — in turn applying pressure on the larger ‘triple-H’ companies to keep innovating. There will also be even more opportunities for talented indies to work with these hyper-casual publishers who know the market inside out for significant mutual reward, which is something we already put a great deal of focus on.

Of course, the role of a publisher takes on even greater significance when it comes to hyper-casual, where games are more reliant on great marketing to achieve what they are capable of. While on PC and console there remains a very slim chance of a game achieving explosive organic growth, with hyper-casual that is almost non-existent.

It’s the fundamentals of hyper-casual that make it so attractive from a development standpoint, though, and these will never change. The ability to make market-ready games so quickly, and with such small teams, will always be a differentiator. A relatively small development team could feasibly launch more than 10 hyper-casual games worldwide in the course of a year, which would be utterly impossible on PC or console within the same timeframe and with the same resources!

So while hyper-casual has many unique aspects to learn, some of which you can find outlined elsewhere on our blog, it’s not as scarily different from traditional game development as you might have been led to believe.

The parallels with PC and console are clear, but the barriers to entry are significantly lower and there’s still enough space to start challenging for the top chart positions. So whether or not you prefer to play on PC and console, hyper-casual could be a great way to flex your development muscle and reap the rewards!

If you’re developing hyper-casual games and would like some insights from the team behind 20 number-one games, please feel free to introduce yourself to our publishing team!