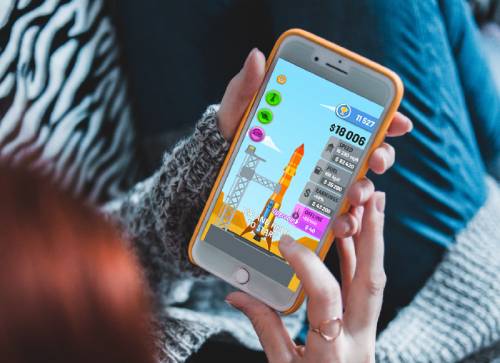 It’s often assumed that contacting a publisher comes at the very end of the game development process, once the game is largely complete and nicely polished.

But while this instinct is understandable for developers who naturally want to show off their game in the best possible light, it’s actually a major misconception that could end up wasting a lot of unnecessary time and preventing you from accessing the help needed to make your game better and more successful.

At Kwalee we use simple prototypes to establish the potential of our games before diving into deeper development, and we encourage the same approach of the developers we work with.

Read on to learn more about how we define a prototype, what we look for in prototypes submitted to our publishing team and why we advocate this approach to hyper-casual games!

In hyper-casual, everyone benefits from quicker and more efficient development. A game doesn’t need to be feature-complete in order for us to see whether it has what it takes to keep players entertained, so why spend more time than necessary on an idea that might not make the grade?

A prototype will allow a publisher like us to first assess your game from our vast experience in the hyper-casual market, before helping you to test it in the market. This will be more than enough to gauge potential and to figure out what steps to take next.

Of course, not all prototypes will show enough potential to be made into full games. That’s totally fine, and learning to realise this early is one of the most valuable skills in hyper-casual. At least this way, far less time has been spent in development and you can jump straight on to your next prototype – which could be the one to earn you that publishing deal!

On a similar note, creating prototypes will enable smaller and quicker development cycles, ultimately meaning that you can try out multiple ideas quickly and increase your chances of finding that killer feature.

At Kwalee it has become routine for us to build, test and get feedback over and over, identifying the successful points earlier by failing fast.

Another really valuable aspect of a prototype is that it expresses the core of an idea without being too entrenched in it, like a full game would be. This means that there is room for a potential collaborator, for instance a publisher like Kwalee, to identify potential tweaks and jumping-off points to develop the concept and give a better chance of success. It is harder for a publisher to do this when it involves pulling apart a finished product.

The knowledge that your prototype is of interest to a publisher and has performed well in testing will help to provide the confidence and direction that’s needed to take it into full development, which may be lacking if you attempt to complete the project alone before reaching out.

What is a Publisher Looking For?

Now we’ve covered the importance of prototypes when looking to land a publishing deal, but what really makes a prototype stand out to a publisher like Kwalee? We would advise focusing on the following key areas:

This almost goes without saying, but your number one consideration with a prototype should be to convey the essence of the gameplay that defines your game. What interactions and key choices does a player need to make? What’s the formula for each level?

Your prototype needs to answer these questions in order for a publisher to assess its potential – and to start getting excited about it!

But thankfully, you won’t need hundreds of levels to do this. In our experience, a minimum of three can be sufficient for us to start testing the prototype and to see how players might engage with a full game in the future.

So as a matter of priority, focus on honing just a few levels with great gameplay and see where it can take you!

Although gameplay is king, this must be balanced with some consideration of the game’s visuals.

Cubes and blocks won’t be enough here, as a publisher needs to grasp what the completed style of the game will be. To achieve a satisfactory level of styling without compromising the quick development cycles we discussed earlier, use pre-built assets where possible to build a game world that’s as close as possible to what you’re imagining.

And again, remember that a prototype is just a starting point, so these visuals can be further developed later down the line if the testing yields positive results.

So, we hope you are now convinced that a solid prototype is all you need to grab the attention of a publisher like Kwalee! If you have one already, we’d love for you to reach out to us here. We’ll be sure to check out your prototype and get in touch about next steps!