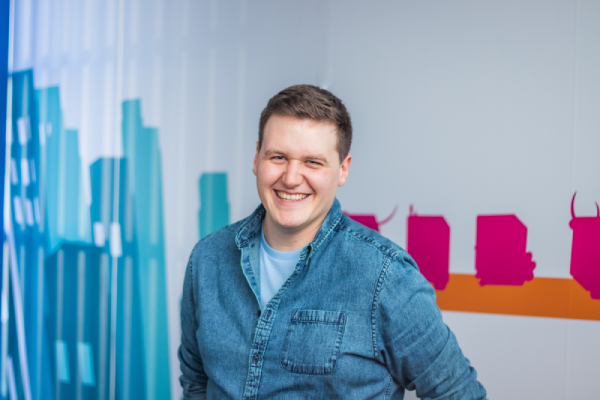 As lockdown continues around the world, we know that many of you in the games industry will be missing the insights from your favourite games conferences.

So to provide some relief while staying safe and indoors, we’re casting our minds back to January when our Publishing Manager Jake Parker joined some esteemed company on a panel at Pocket Gamer Connects London.

The topic was one particularly close to all our hearts here at Kwalee: What’s Next for Hyper-Casual Games?

The discussion spanned many interesting areas that prompted lively chat among the panelists, but it was the subject of continuing innovation within the hyper-casual space that particularly enthused Jake.

“This is my favourite thing about the hyper-casual space in general: the fact that it spans genres and that any kind of concept can become a hyper-casual game,” he said. “When you think you understand what a hyper-casual game is and the core genres that you can use, someone comes along and makes a game that completely breaks the mould and is something completely new.”

This is something that is felt passionately across the entire team at Kwalee, and the same philosophy applies to our internally-developed titles (exemplified by ‘Creative Wednesdays’!) and those that we publish. While we have certain best practices we encourage developers to abide by when submitting their games to us, we always strongly encourage innovation.

“There’s lots of space for innovation, especially with indie developers that are just working on these small prototypes and testing them out,” Jake continued. “That brings in completely new concepts that you didn’t think could be a hyper-casual game when you were first starting out.”

Indeed, Jake was passionate when responding to a question about the place of independent developers in hyper-casual games. He argued that smaller studios and individuals have a huge role to play in hyper-casual games, and can find great success — although a publisher will be invaluable in achieving this.

“As a Publishing Manager, I’m reviewing submissions every day from a bunch of different developers all over the world and I’m getting a window into that indie space through those submissions,” he explained.

“A lot of these developers are small studios, or independent people who are just making games in their bedrooms, and part of why they’re working with a publisher is to get that coaching and to build that understanding of the hyper-casual space. You need the backing of a publisher, or somebody who’s got that expertise, and a team that can support you in acquiring users and scaling your game.”

You can watch the full panel discussion here. Thanks go to Pocket Gamer Connects for hosting it!

If you’d like Jake and the rest of our team to help make your hyper-casual game a global hit, you can get in touch here.