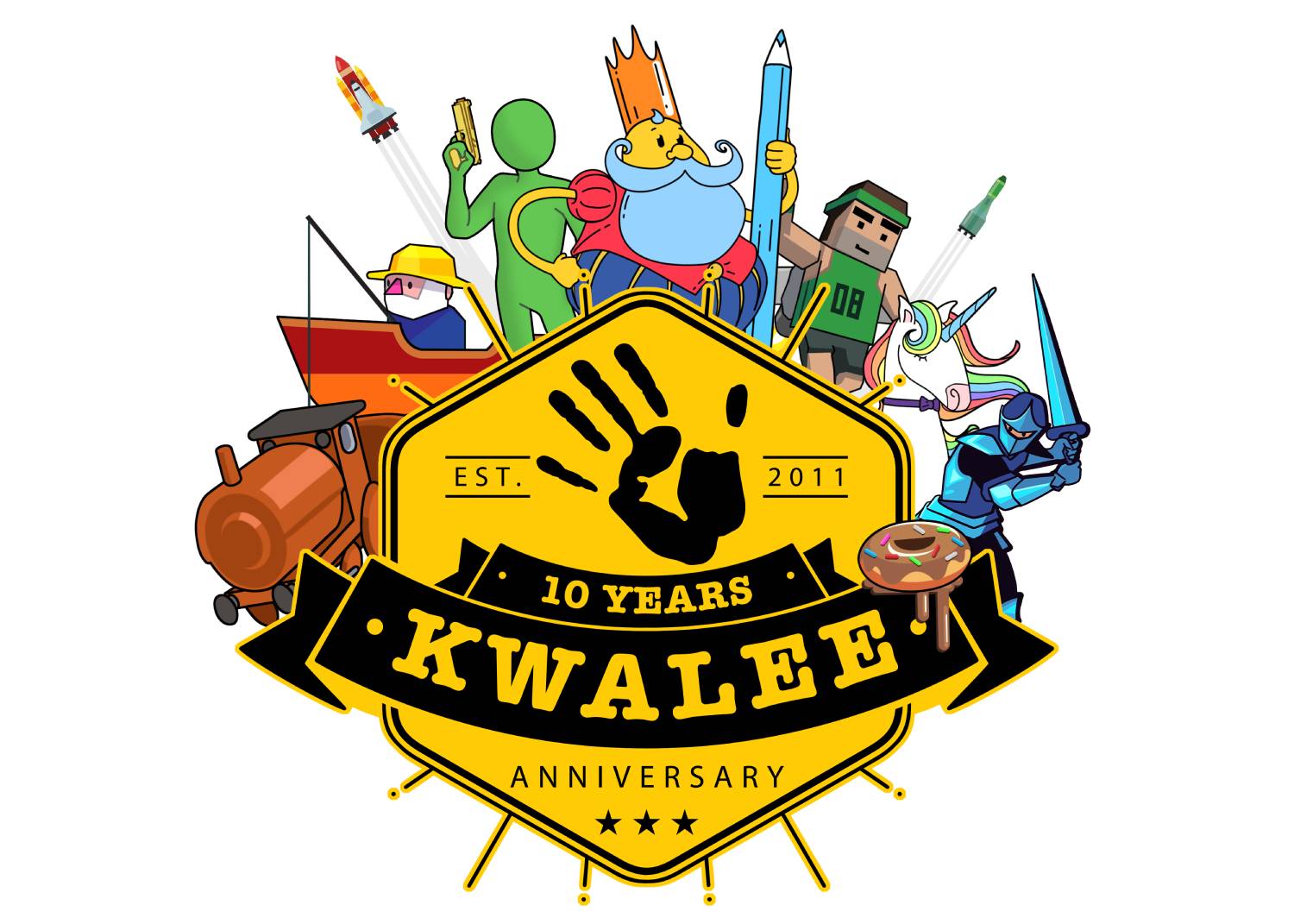 It’s hard to believe that it’s already been 10 years since I founded Kwalee.

I’ve loved making games since I was 12 years old and it was this continuing passion for the craft that convinced me to establish Kwalee – my third games company – back in 2011 after a short period away from the industry.

Having learnt programming in school, I first set up a company called Galactic Software in 1982 with my brother Richard, making games on the Commodore 64. Soon after, in 1986, we followed that up with Codemasters and we grew the company along with our Dad Jim for about 25 years.

We published some extremely successful titles with Codemasters in this period, including Micro Machines and Colin McRae Rally, and we built it into one of Europe’s most successful games companies before selling it in 2007.

A three-year non-compete clause gave me time out of the industry to consider what I enjoyed and what I didn’t enjoy about running a games company. Having millions of pounds of stock in warehouses across different countries had always been logistically difficult and not much fun, and so with digital distribution platforms like the App Store emerging I saw the potential for a games company that could focus more on what I’d always loved: making great games.

So I decided that we would only do digital distribution and digital marketing with this new company, with the ambition to reach really large audiences around the world and achieve global scale. This was extremely attractive from both a business and a creative point of view. Eventually the name ‘Kwalee’ was settled upon – the name of my grandfather’s sailboat, and an Australian Aboriginal word meaning ‘wait for me’.

In 2012 I was already talking in terms of making games for a billion potential players. Knowing now that we are now well over halfway to one billion installs across our games shows that the vision with Kwalee has been quite clear from the outset – and that we are now achieving our goals.

I’m incredibly proud of the team that has helped us to achieve this. Kwalee’s is definitely the best atmosphere and culture I’ve ever had the privilege of working in with any company, with much more talented people than me in almost every area. Maintaining this culture as we’ve grown to more than 150 people across 13 countries has been key, and it’s a testament to the great work being done in all departments that we’ve achieved this.

Among so many great moments and milestones, the inception of Creative Wednesdays in 2017 stands out. We always wanted to have a culture where we evaluate every idea, regardless of where it comes from, and if that idea is a great one, we’ll rally together to give it the resources it needs.

Creative Wednesdays made it clear to everyone that their ideas could be heard and we’ve had hundreds of game ideas come through the system since – many of which have gone on to become hit games. TENS! was the first to emerge, which became our first game to pass 1 million installs and was our first profitable title.

SPILLZ followed, which was the first recognisably hypercasual game we made, and with the likes of Go Fish! (25 million+ downloads), Jetpack Jump (42 million+), Draw It (93 million+) and Bake It (47 million+) coming through in the following years, the rest is history!

More recently, our response to the COVID-19 pandemic has also had a huge impact on the future of the company. This was quite a milestone because it made us embrace remote working and proved to us that it can be really effective. For the future, that’s a really valuable lesson and it’s allowed us to become much more global with an expanding team which is now distributed around the world, so it’s a necessity to keep with that philosophy.

But at the same time, that doesn’t mean there’s no place for physical studios. We’ve grown through three studios over the past decade in Silicon Spa, which will always be our headquarters because of the vibrant games industry here, and we’re also now building incredible teams at our great offices in Bangalore, India and Beijing, China.

Kwalee has always been very much a global company in terms of the games we make and the ambitions we have, but with offices in three countries and our growing number of remote team members all over the world, we’re going into our second decade as a company with even more faith in this approach.

So what’s next for Kwalee? We’ve got more than 650 million downloads so we’re really well on-track for our goal of making great games and distributing them to global audiences at scale.

In future we want to continue that by broadening it to new platforms, which is why we’ve started our PC and console publishing division with really experienced leadership, but in whatever we do we’re keen to retain our values of creativity, collaboration and openness.

Here’s to another 10 years!