No more waiting around – it’s time to put the pedal to the metal and speed past everyone! Racing goes hyper-casual but loses none of its excitement in OverTake, the high-octane mobile driving game developed by Pronetis Games and proudly published by Kwalee.

Overtaking is as simple as pressing and holding the screen, and you need only one thumb to play, but be careful not to end the game with a head-on collision! You’ll also run out of fuel by boosting too much, so keep an eye on the fuel gauge and don’t overdo it.

OverTake was the product of an international collaboration between Kwalee and Romanian game development studio Pronetis Games. Our publishing team is always looking for great new games and works with developers from all around the world including Rocket Sky! developer DP Space AG (Russia) and Clean Up 3D developer App Design Company (United Kingdom).

OverTake excited us right from the prototype phase and, following some excellent collaboration between us and the developer, was topping charts all over the world within two weeks of the publishing deal being signed!

So why not join millions of players and take OverTake for a spin? There’s no speed limit, so enjoy the drive! 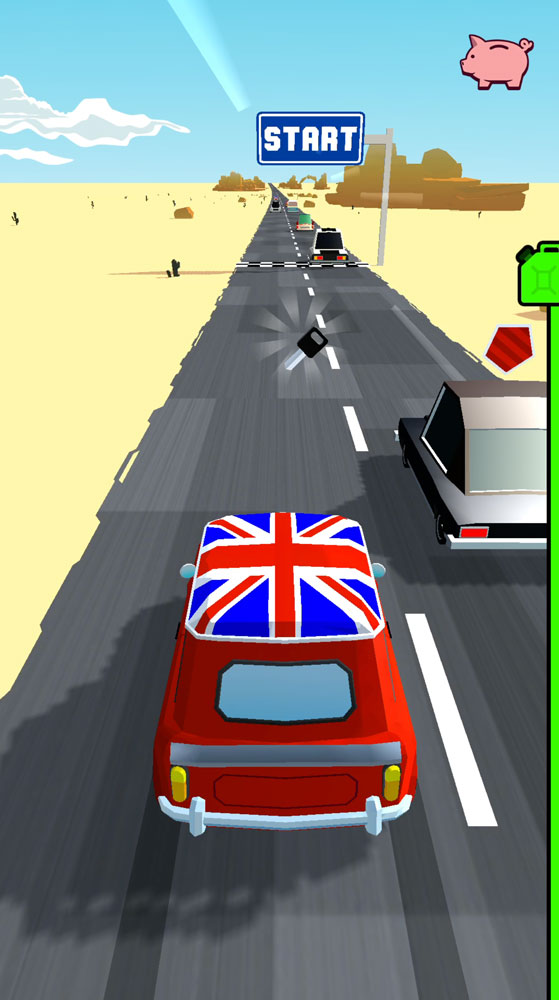