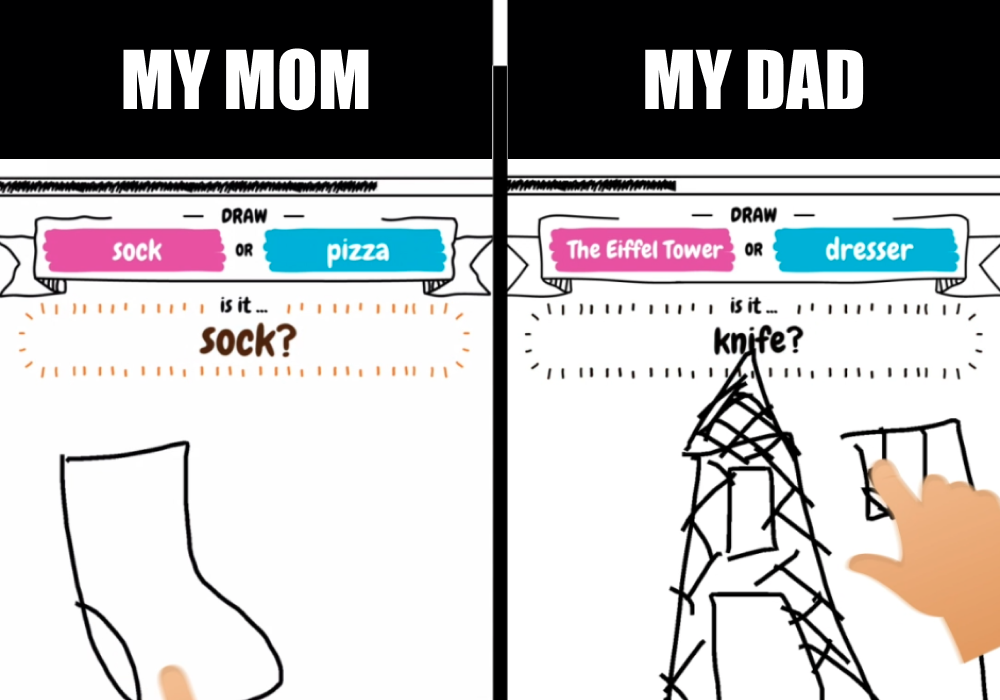 Have you ever heard of Fail Ads? Even if the name isn’t familiar, you’ve probably watched them before.

Ever felt frustrated watching the player make mistakes over something stupid simple? Ever felt like you needed to play the game to know if it was really that hard? Then you definitely watched a Fail Ad!

But it does seem a bit odd when you think about it mechanically. Why do these ads try their best to frustrate viewers? How would the call-to-action work? And what goes behind making the perfect Fail Ad? We’ll answer these questions so you can use Fail Ads to pull more players into your game!

It’s an advertisement format that shows someone (let’s call them the ‘ad player’) playing a hypercasual game, but they’re terrible at it.

For example, showing the ad player constantly bumping into obstacles in a runner game because they’re swiping the screen in the wrong direction. The intent behind Fail Ads is to frustrate the viewer enough to elicit a strong desire to download the game.

But what’s interesting about Fail Ads is if you push that intent too hard, you will lose your players. The other side to Fail Ads is how they show the effort the ad player puts into playing the game well. This way, viewers also would want to root for the ad player, or get the sense that the game isn’t really that difficult.

This is for a fundamental reason: Fail Ads must teach the viewer how the game works. The sole purpose of these ads isn’t to simply frustrate, but also to educate the player. Striking a perfect balance between these two elements is what will result in a crisp Fail Ad.

Why do Fail Ads work so well?

It’s captivating to watch someone make clumsy mistakes in a deceptively simple game. But the climax — to watch the ad player succeed — keeps the viewer engaged until the end. Viewers want to know if the ad player does indeed succeed in their efforts, or if they fail at the game.

Conversely, it’s not compelling for the viewer to watch the ad player run into traps repeatedly. So Fail Ads aren’t just about the player failing. It’s more about showing the viewer how, despite the number of times they fail, the ad player puts in the effort to do better.

Though the reactions of the viewer may differ between those two versions of the ‘story’, the intent behind them is the same: To compel the viewer into trying the game.

What does it take to craft an engaging Fail Ad?

With ads like these, it’s important to know how the ‘story’ would play out in different ways to elicit certain responses from the viewer. For example,  you can try a video where the player succeeds at first but then starts playing the game in a clumsy way. In another, you could have the ad player fail constantly, but cut the video off right when they are about to succeed.

Either way, showing the gameplay is your first priority. If the player can’t absorb what they’re seeing, it’ll be difficult for them to know how the game works. If the story doesn’t teach the viewer how the controls work, what the tools are, and what the goal is, it can’t be a Fail Ad.

But this isn’t all there is!

We have a full article dedicated to making Fail Ads work for your hypercasual game, along with loads of other premium hypercasual development coaching content on the Kwalee Publishing Portal!

It’s quick and easy to sign up, and with the knowledge from coaching, you can make the next chart-topping hit — just like we do!

You can also test your games with us with nothing more than a few 15-second gameplay videos! Our publishing team will get in touch with you soon after.

Not a big marketing fan? Get in touch with our publishing team and they’ll take care of it – while you crank your game’s fun to max levels!