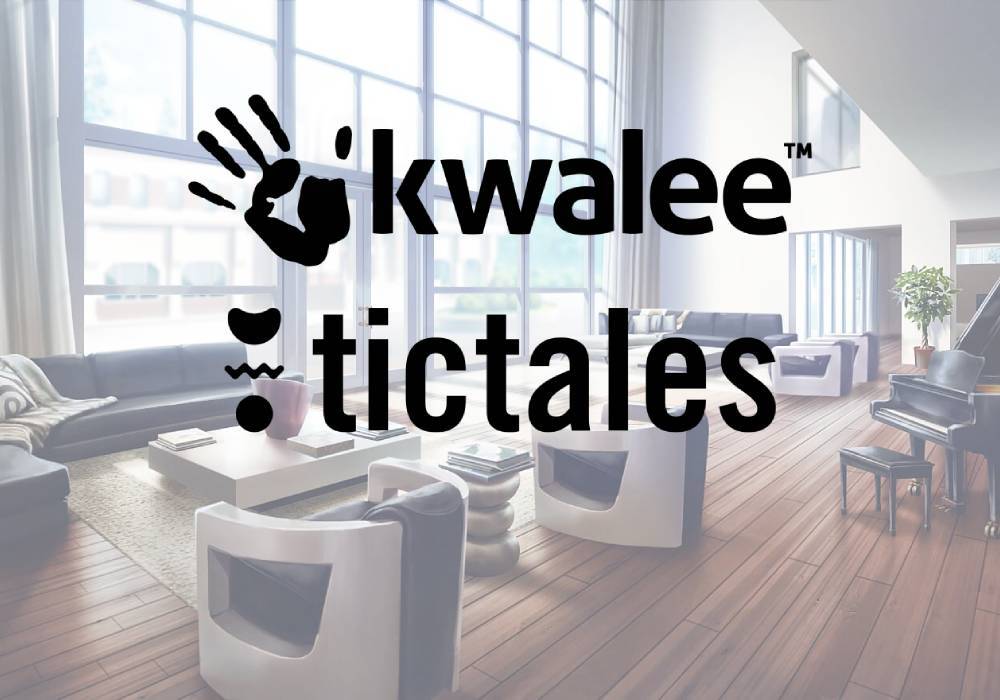 The Developer Spotlight series sheds light on the brilliant developers we work with. As a special guest, they’ll dive right into topics ranging from how they began their journey in the games industry to what their development approach is like, their thoughts on current trends, and other juicy bits.

In this entry we’re focusing on Tictales, the narrative game specialists who became the first studio to be acquired by Kwalee in early 2022.

Christophe: We both make narrative-driven interactive fiction for mobile devices for the current generation.

Tell us a bit about your journey into the games industry. Any influences?

Christophe: From when I could remember, I’ve always wanted to be a game master. I first began my game development journey with the first casual game I made in 2006, which I made just for fun. It was a life simulation game that anyone could play on the browser. But I didn’t get to meet Harouna until our school degree. He invited me to collaborate with him on an interactive story game. The idea he proposed and the vision he had sparked a big interest in me for it, which eventually turned into AnticLove.

Harouna: I have so many games that influenced me, the list is endless… but I have really fond memories of games like The Legend of Zelda: Ocarina of Time, Shenmue, Final Fantasy VIII and Metal Gear Solid 2. Each game has pushed forward what has been possible in the gaming industry in their time and have proven that storytelling is a core asset of the gaming experience. In my opinion, the period between 1995 to 2005 was a golden era of creativity in the gaming industry.

Christophe: It was sometime around 2016 when we began working on our second story together when we received an email from a fan. She wanted to congratulate and support us because our stories were not ‘cliche’. That became a turning point for us with respect to why we make the games we make.

Now, our games are some of the most diverse on the mobile gaming market, and it’s something we work hard to bring to every story we make. Unsurprisingly, that’s not easy; I’d say the localisation is what gave us the most difficult time getting things done. It was worth it because now we can write stories for various cultures, and stories can be different based on culture, allowing us to tap into those stories too.

What can you tell us about Perfume of Love?

Christophe: I still remember when we began development with the intent to release it on Valentine’s Day. It was the second week of January 2020, and we barely scratched the surface with it!

Harouna: I think the biggest challenge was the length of the chapters themselves. Keeping players engaged for over three hours during chapter sessions is extremely difficult, but it was great to see that it was manageable as long as you have great stories to tell, with engaging characters to breathe life into it.

The community began to see value in what they were playing, which played towards our current monetization strategies’ effectiveness – IAPs for choices, and IAPs for advancing the plot.

We realised long ago that if you can’t give your players value through their purchases, you’ll lose your audience, and the narrative genre gave us the creative bandwidth we needed to monetize games like Perfume of Love in different ways to fit different audiences.

Christophe: We would also give users choices of two different stories to follow, and chapters longer than the ones we usually did, which adds to the retention and replayability factors.

Harouna: Pushing the limits of the medium and to take risks is something we as creators must be ready to do. This all helps make something our audiences can escape to, away from the real, public world. It could even allow us to make a message that raises awareness about issues that are important to us stronger, whether it’s social equity, mental health, or something else. For us, it’s all about making meaningful stories accessible to more people.

So it’s important that we get the narrative right.

That’s why we believe that creativity can come from anywhere. Conversations with friends, reading biographies, watching movies; the more you think outside the box the more you can come up with amazing ideas that feel fresh for the interactive story genres.

The more I reflect on this, the more I believe in this. The last decade has seen the rise of narrative design with really good indie titles like Oxenfree, Firewatch and other major franchises like Life is Strange. It shows the appetite from the public for games with good story and gameplay, intertwined.

The link between the two is the narrative design component that talented teams need to bring in order to create a cohesive experience. We believe that narrative design will be as important as game design in the future for mobile games.

For us, our theory during the creation of Tictales was that the first wave of mobile games were very accessible and simple like Angry Birds, and the next wave was more intended for a more midcore audience.

We believe that the next big wave in mobile gaming will see the rise of strong IP with a core narrative design experience as the foundation, some of which we believe have got to do with the special events happening in the year. They are perfect opportunities for us to provide exciting new content and free gifts to our community. We figure this is important to our live ops strategies and to keep players engaged and anticipating for the next event.

Christophe: Our partnership with Kwalee has much to do with what we do here and why we do it. I’m extremely happy with where we are and the direction we’re taking with our games as we go along. With the resources, technology and analytics the company has access to, the people at Tictales can make more narrative games for the current generation to be more relatable and engaging, which is what both the studio and the community want.

The full Q&A with the developers is available to read exclusively on our Kwalee Publishing Portal, where you can also get your game prototype directly in front of our award-winning publishing managers and potentially land a publishing deal to make your game a profitable hit!