|  By Simon Prytherch (Head of Publishing) 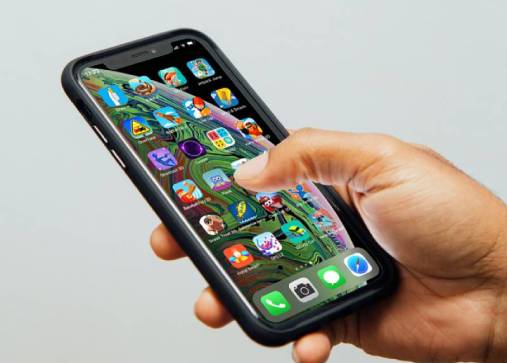 It’s well-known that the mobile games market is highly competitive and that to ensure your games stand the best chance against the competition, you need to run market tests before launching them.

However, this is not always the easiest process for an independent developer, which is why working with a publisher can be invaluable – especially when it comes to the hyper-casual space, where marketing is so crucial to a game’s success.

Here at Kwalee, we run two types of market tests: one that only tests the cost per install (CPI) and a more involved test where we measure both CPI and retention. Read on for an overview of each of these, how we make them work and even some tips for running your own market tests for hyper-casual games!

CPI Tests: What Are They?

One of the most important metrics that we look at when we carry out a market test is the CPI (Cost Per Install). This metric allows us to have an understanding of how appealing your game is to the masses by showing how much each individual install is costing in ad spend, on average. The lower your CPI, the better chance you have of scaling a game profitably.

When people see your game on their Facebook feed they will have only a few seconds to decide whether to interact with the ad and click on the button to install your game. A CPI test will show how effectively your audience is being persuaded to make that choice.

How do we track the CPI?

In order to accurately track CPI, the player needs to:

We run a test that will provide us with an accurate cost per install only, which means that we ignore retention and any other metric that tells us what the player thinks of the game itself. This is something we can focus on later.

We also tend to use an Android version of the game for these tests, as it is easier to get your app submissions approved on the Google Play Store.

Preparing for an Effective CPI Test

As mentioned above, a CPI test is not intended to take into account other metrics such as retention or IAP spend, so your game won’t need to be fully-featured or 100% polished in order for this to be effective.

However, you will need to make sure that your game has broad visual appeal and contains satisfying moments of gameplay. Here are the key aspects we consider when preparing a build for a CPI test:

At the CPI test phase, you don’t need to worry too much about polishing the game’s world and UI; you just need to polish what matters for the ads.

The great thing about this approach is that any bugs in the game can be omitted from the footage used in the ads. We think first about how you want our ads to look and what assets we require in order to achieve this. These are all that’s necessary to produce at this stage, making it much faster than developing a full prototype!

The game doesn’t have to handle perfectly; it just has to look like it does! This means that complicated level design tools or other things of this nature are not necessary straight away.

It’s important to avoid spending too much time on handling all the special cases and to stop thinking too much about the game’s performance. There will be plenty of time to apply polish in these areas later!

Game design remains crucial for an effective CPI test, though the focus is on a much tighter aspect of the project. Rather than designing 30-60 levels, here we only need to design the best one or two levels that will be used in the ads to sell the experience.

This also means that aspects like the in-game economy and balancing are not so important at this stage, with the focus solely on gameplay that looks and feels satisfying.

The next step to market the game is to create some short gameplay videos, 10-15 seconds in length. It is important that all of these videos are in a 4:5 format at 1080p x 1350p – if the videos are outside of these specifications they won’t be suitable for use in a CPI test.

We generally ask the developers we work with to record straight gameplay footage that shows different aspects of their game – a player losing or winning, for example, or other cool moments that make the game what it is.

The last steps are to integrate the Facebook Analytics SDK and to upload the game to the Google Play Store. You’re now ready for a test!

A game’s store page is the next step after a player decides to click your ad and the final point of friction before the install. In just a few seconds, will the store page convince the player to complete the process and download the game, or do the opposite and drive them away?

We recommend having a really attractive app icon and at least three good screenshots showcasing the best of your game, along with a description that conveys the game’s most appealing and unique aspects.

Preparing for an Effective Prototype Test

After validating the game’s marketability with the CPI test, the next step is to test the full game prototype with gameplay and features that are fleshed out. This will allow all kinds of additional metrics to be measured, but retention in particular will be crucial.

Day one (D1) retention is the percentage of unique users who come back to your app on the next day after installing/opening it. The higher this percentage, the better the outlook for a game in terms of its overall profitability.

For any game we market test, after the Facebook Analytics SDK is implemented, we also require the Game Analytics SDK to be implemented to track your in-game metrics. The tests will be on iOS in different territories worldwide, so we will need the game to be live worldwide before we start the test. We may occasionally request a test on Android as well.

During the test we will consider factors such as retention but also look at a wider variety of key performance indicators (KPIs) utilising a formula we use for both our internal and external games to help identify where your game is performing strongly and where it perhaps requires improvements.

Before beginning a prototype test, you should ensure that you have completed all of the following:

A successful prototype test will tell us whether or not a game is ready to be launched and indicate which areas require additional attention, so it’s a hugely important part of the process!

We hope that this guide has provided some insight into how we test hyper-casual games in the market prior to launch and what we expect from the developers we work with in terms of preparing for these tests.

If you have a hyper-casual game concept or prototype that you think has potential and would like help to test it in the market from a publisher who knows hyper-casual inside out, you can introduce yourself and your game to our publishing team right here!

For more hyper-casual insights directly from our team, you can check out our blog archive of tips and tricks here.