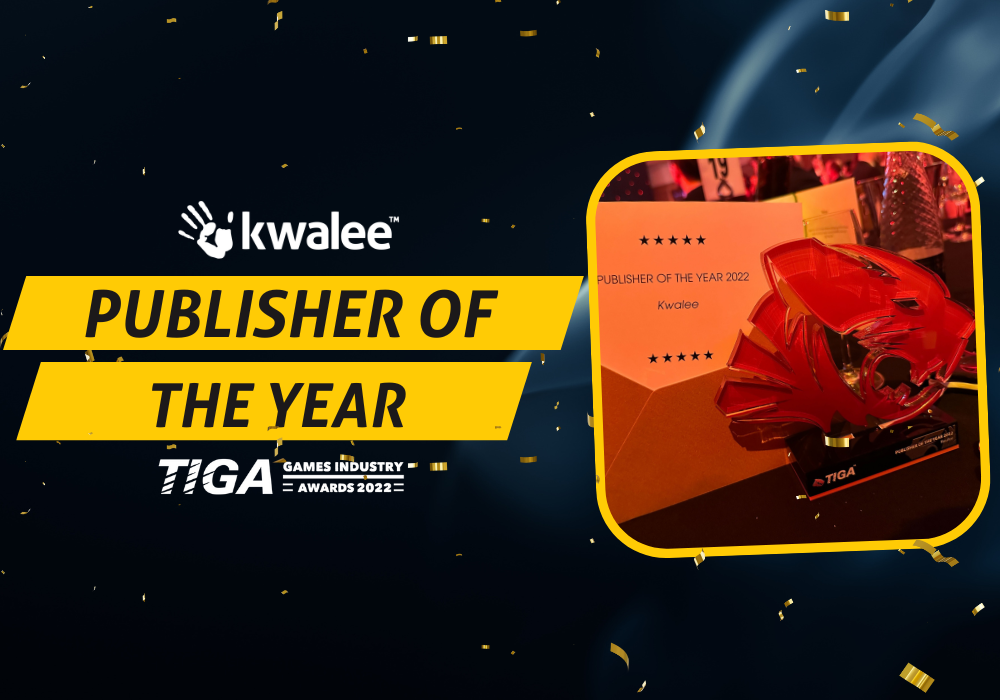 This is a huge moment for us. We’re very humbled to share our exciting win at this year’s TIGA Game Industry Awards as Publisher of the Year! Our teams are still flabbergasted that we won a category contested by various publishers from the triple-A scene.

At Kwalee, we’ve always been working hard to achieve the best for our players, employees, developers and our studios. And our wins in the past couple of years are a testament to that.

In 2021, we won Best Large Studio and our COO won Outstanding Leadership. Later in April 2022, it was followed by our win at PocketGamer Mobile Game Awards as Best Publisher. So it seems clear that we’re still going in the right direction, driving our business forward by publishing entertaining games.

And we intend to keep that going. We’ll soon be publishing new types of games, such as casual mobile games, and PC and console games. Here’s the reaction from our CEO David Darling:

‘I’m incredibly proud of our teams at Kwalee for winning Publisher of the Year [2023]. Receiving recognition for all our hard work from the TIGA Awards and its jury is a testament to our collective hard work and innovation in making great games that people love playing around the world.’

Since last year, we’ve published a couple of brilliant games including Traffic Cop 3D (20 million+ installs) and Built It 3D (15 million+ installs), both of which have stayed in the top of the charts for a while.

Well, we have plenty of new, exciting games to announce. Our followers on Instagram, Twitter, LinkedIn, and YouTube will get the latest news on them asap.

We’re also looking to work with various game studios that need publishing support. In the past, we’ve launched hit games made by independent game developers and studios, including Rocket Sky! which has reached over 35 million installs.

Do you need support with design or programming? Investments or product marketing? Legal protection or publishing advice? We’re open to it all. But if you want to get the wheels turning immediately, sign-up to our Kwalee Publishing Portal and find out how you can submit a game prototype to us for testing.