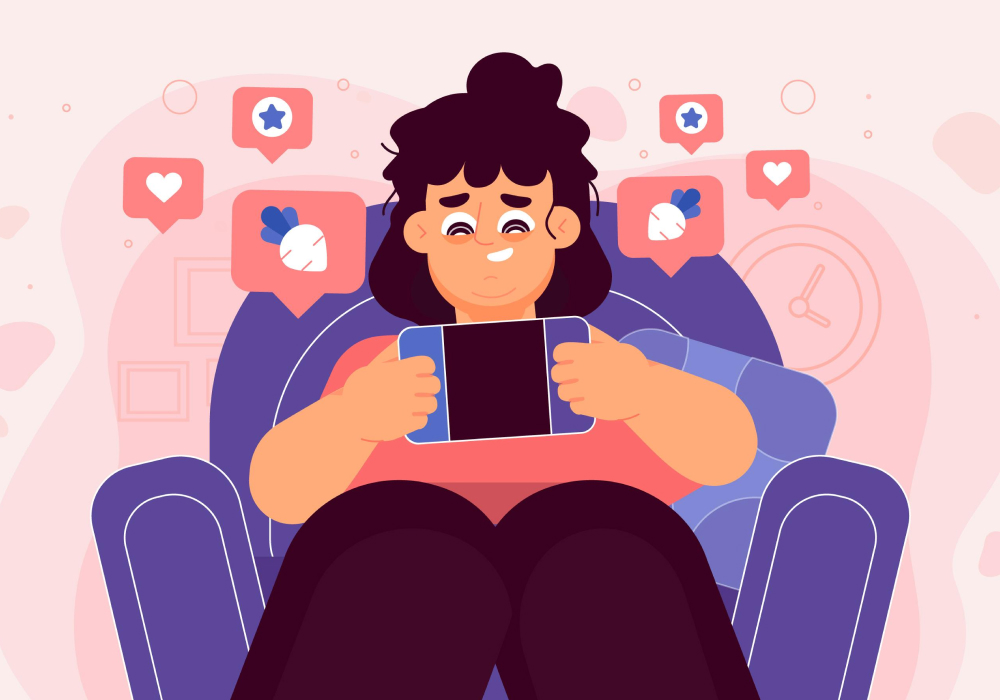 Depression affects about 280 million people and anxiety affects over 301 million people worldwide, making them the two most prevalent mental health disorders. Given the economic and healthcare impacts, there’s an increased demand for accessible and cost-effective solutions to help people struggling with mental illness. This demand surged during the COVID-19 pandemic; The World Health Organisation (WHO) reported a staggering 25% increase in depression and anxiety issues during the 2020 lockdowns.

In recent months, more and more research has been devoted to finding alternatives to traditional mental health treatments. As it turns out, video games offer proven cognitive benefits for those who play regularly. Most notably in the development of attentional control, cognitive flexibility and information processing.

Video games may hold the key to providing extra, affordable, stigma-free mental health treatment around the world. So let’s take a look at how they can be a popular yet productive activity in the context of mental health.

History and Research on Video Games and Mental Health

The impact of violent media on consumers is one of the most studied and controversial topics in media psychology. Violence is not only found in movies, television, and the internet but also in video games. According to psychologists, it can have a traumatic effect, especially on children. [1]

Some studies show that a stressful situation in a game leads players to experience a stress response in real life. Other studies have shown that when individuals play violent games, they are more likely to engage in aggressive behaviour in real life.

But, most interestingly, a completely different trend has developed in parallel, stating that video games have the potential to boost children’s intelligence.

It seems that many people like to play video games to destress. A new study published in the journal Scientific Reports found that children who spent more time playing video games showed increased intelligence during observation. [2]

The study mentioned above is consistent with others that examine how external stimuli affect brain development. They contradict previous views that games have a negative impact on child development. It prompted researchers to look at previous studies to see if video games, including specialised therapeutic games, could fill existing gaps in mental illness treatment including depression and anxiety.

The results of the study surprised even sceptics. It found that video games can help alleviate symptoms of depression. For example, Minecraft and Animal Crossing: New Horizons helped build social bonds and reduced feelings of loneliness in players.

Video games provide a sense of belonging to a community of like-minded people who value participation and goal-sharing. This experience is a key aspect of mental health.

Researchers confirm that some video games offer extra benefits if used as therapeutic entertainment to help regulate moods and induce one of the best human emotions – joy.

Therapeutic games are games developed to solve various mental problems in the form of assignments to be completed, such as connecting the dots, guessing the shape, or drawing, used in the therapy of children. Most often, they can be found in the form of card or board games.

However, with the development of new technologies, psychotherapists began to notice that they could be replaced by digital counterparts. The next step was to look at existing video games. And so, researchers proved that video games can take care of loss of pleasure, one of the symptoms of depression.

Following this lead, they found that well-known productions such as Minecraft and Animal Crossing: New Horizons also promote social bonding and reduce loneliness. [3]

Researchers’ studies have also shown that video games can help resolve and treat anxiety symptoms. The well-known game Plants vs. Zombies serves as an example. The study showed that playing this particular game at least three times a week for thirty minutes made players feel much less psychological tension than those who received psychiatric medication instead of playing at the same time.

The only challenge with strictly therapeutic games is that, as a matter of fact, they are not games per se. According to researchers, therapeutic ‘games’ are simply therapy. Yet the key feature missing in them is playability.

Research has repeatedly confirmed the importance of intrinsic motivation for successful behaviour change. As children play games, they also relax and enjoy the interactive problem-solving experience, which reflects increased intelligence and stress reduction.

This is in contrast to doing therapy, which feels more like a chore than a fun experience, so the progress made is comparatively slower.

To play or not to play?

Of course to play!

Games stimulate brain function by affecting dopamine receptors and facilitating problem-solving and strategy in the brain. In general, the effect of a spry mind is  positively associated with producing healthy endorphins, and overall positive mental and emotional functioning.

It’s worth thinking more deeply about what effect games can truly have, and lift any potential stigma about gamers. Such stigma will only serve towards people using narrow labels that further limit their understanding of players, who are human themselves.

So it’s pertinent to shift our perspective towards something more beneficial and away from the harmful labels generally found around video game topics. Video games companies today are creating more diverse characters, to support gender equity, addressing misinformation and social stigma, and opening us up to social acceptance.

And this is not the end of the positive impact of games on children. Whether they are video games or mobile games (hypercasual and casual), we can find many positive aspects through its gameplay. Games like:

And many other various games for multiple platforms can also help relieve pain, fight addictions, or even encourage physical activity.

All that being said, video games are not an alternative to therapy, medicine, or advice from a trained medical professional. They’re a great addition to fill a gap, but not enough to be an alternative to real medical help.

Have some thoughts about the subject? Note them in the comments below and let’s start an interesting discussion.