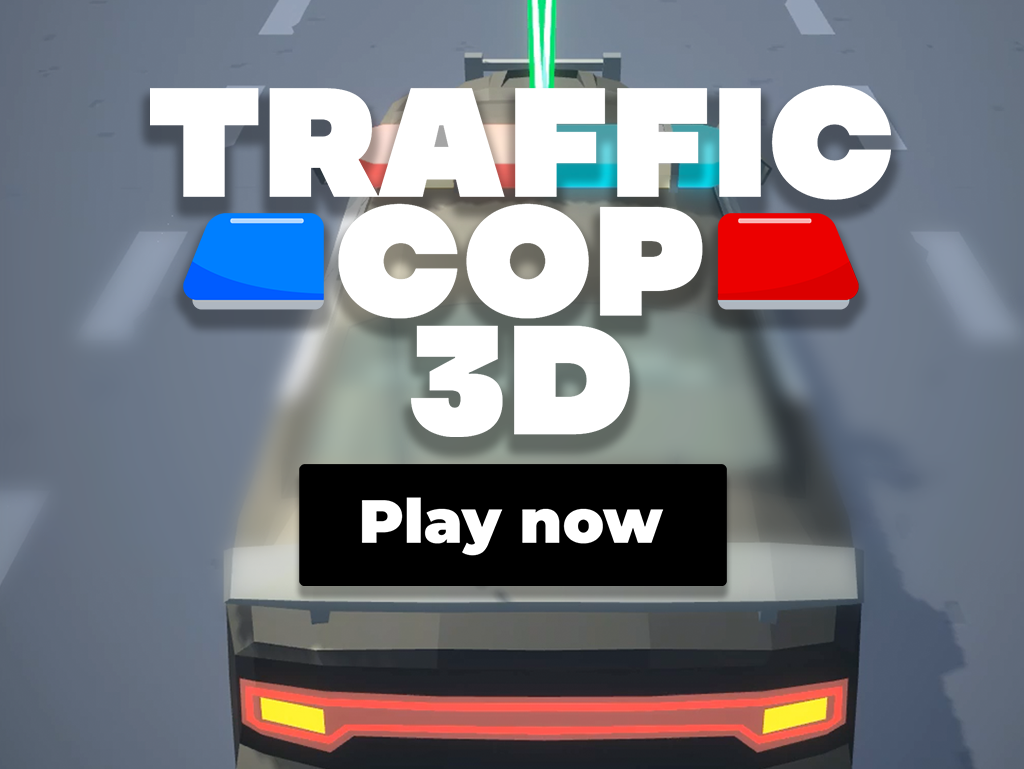 The end of the year may be fast approaching, but here at Kwalee we’re not winding down! We’re proud to announce our latest hypercasual release Traffic Cop 3D has had a phenomenal launch, racking up more than 4 million downloads all over the world in just over two weeks.

Along the way, it’s peaked as the App Store’s #1 app (all categories) in the USA, the UK and Canada. It has also been the #1 game on the App Store in 11 countries, a top-10 game in 27 countries and a top-10 casual game in 41 countries. All developed internally by the world’s most prolific hypercasual game development studio, it’s another big win for a unique creative process that has already produced so many chart-topping hits!

Like nearly all of the hits from Kwalee, Traffic Cop 3D’s success started with Creative Wednesdays. This is a weekly opportunity for anyone at the company to pitch their own game ideas and potentially have them made, and it’s been the creative powerhouse behind all internal development since 2017. We believe strongly that our ‘fail fast’ prototyping approach makes hits like Traffic Cop 3D an inevitability!

In the game, players are challenged to scan cars on the highway and chase after rogue citizens who don’t follow the rules of the road. Do the driver’s actions warrant an arrest, a fine or the freedom to drive away with no punishment? That’s all down to the player!

Our Head of Development, Simon Platt, emphasises the importance of the game’s relatable and empowering theme in engaging masses of players worldwide: “We knew very early on that we could be on to something great with Traffic Cop 3D,” he said. “Being a cop and driving a police car are things people instantly understand and can relate to from childhood games. Bringing all this together in a compelling way that empowers the player was key, and we’re proud to see from the immediate reaction that we achieved this.”

Making the right choices yields satisfying rewards too, which players can use to upgrade their gadgets and their cop car, creating a satisfying core game loop.

Traffic Cop 3D also stands out for being the first title launched under our new hybrid working model, combining the best of in-person collaboration and remote working. Our international team, including those at our offices in Leamington Spa, Bangalore and Beijing as well as permanently remote team members all over the world, has thrived under this flexible approach to development. We’re based across 14 countries worldwide but we work together as one.

Our CEO David Darling had this to say: “Topping the charts is a feeling that we never tire of, no matter how many times we achieve it. So much work goes in behind the scenes on great prototypes that never see the light of day, but successes like Traffic Cop 3D validate our whole ‘fail fast’ approach and make everything worth it.”

Right now, we’re focused on giving Traffic Cop 3D content support in the near future, not to mention launching many more chart-topping titles all around the world. Here’s where YOU come in!

We’re looking for passionate people to join our fast-growing global team, so be sure to check out our careers page to find the perfect role for you.

Plus, if you’re a developer who wants the feeling of launching a world-beating mobile game, you can very simply submit, market-test and ultimately get your games published using the Kwalee Publishing Portal. In a process that takes only minutes, all that’s needed are a few 15-second gameplay videos, or a simple prototype. In no time, you could land a lucrative deal with a publisher who has repeated experience of launching #1 games!

Traffic Cop 3D is available to download on Android and iOS devices via the Google Play Store and the App Store respectively.