If you’ve ever read a blog post one of our team members has written, attended a conference where one of us has spoken at or even simply scanned our website to see what we’re all about, you’ll no doubt have come across the phrase ‘Creative Wednesdays’.

We refer to them a lot since they’re a fundamental part of what we do at Kwalee, but in the past we have been less effective at explaining what they are — and why we are so passionate about them — to those outside our walls. We want to correct that. So, let’s start right at the beginning.

Ever since the formation of Kwalee in 2011, CEO David Darling was keen to have a dedicated day each week for team members to work on their own ideas, collaborate with one another and generally let their creativity run wild. In fact, the idea expands upon an earlier experience of David’s while he was CEO of Codemasters, where the idea for the legendary Game Genie device was formed over an idea-generation session one lunchtime, featuring the heads of each department.

So Creative Wednesdays emerged as a response to two questions:

Wednesday seemed a good choice, and this became an established perk for all members of the Kwalee team.

And at first, that’s all it was: a perk, a nice thing about working at Kwalee, but not the integral part of the company and its business that Creative Wednesdays are today. That’s because in 2018, at the same time as we dove with both feet into hypercasual game development, we applied a few key tweaks to the process that completely revolutionised it. 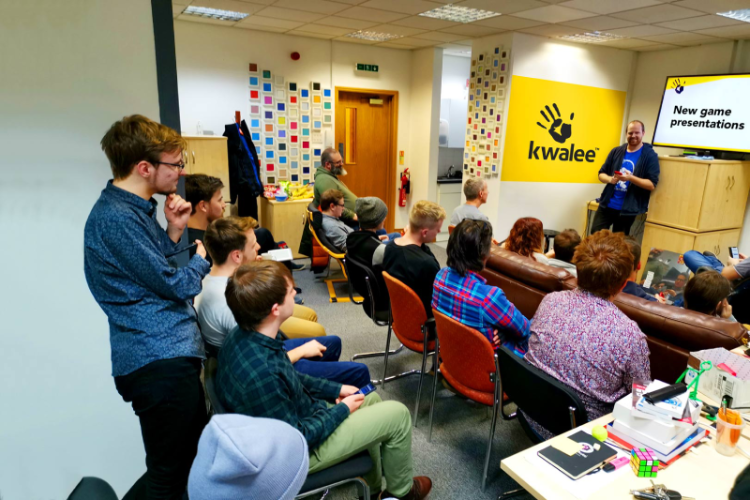 First, we made sure that it was open to absolutely everyone in the company. Creative Wednesdays is not only about giving our game designers space to ideate, but also to give those holding non-game development roles a chance to have a say in what we make. We know it doesn’t take an experienced and proven game designer to come up with the next hit game – just somebody creative with a drive to learn what players want.

Part and parcel of being a Kwalee team member is the knowledge that every Wednesday afternoon, you can have your game ideas listened to by the entire company – from the programmers to the marketing team and all the way up to the CEO and Chairman of Kwalee. That’s a powerful thing and not something we’d ever want to lose.

After that, it’s not a case of having your pitch approved by managers or higher-ups. Instead, it’s your peers you have to impress as game ideas are only developed further only when they get a positive response from the assembled audience.

Possibly the most crucial thing, however, is that we have enough faith in this process to make it absolutely central to everything we do. All of our biggest hits have originated from successful Creative Wednesday pitches – be that the likes of Looper and Go Fish! which were pitched and developed at our old studio, Shootout 3D and Draw it which emerged on Wednesdays at our current studio with its dedicated presentation space, and most recently Bake It which originated as an in-office pitch but became our first game to be completed and released with our entire team working from home during the COVID-19 pandemic. 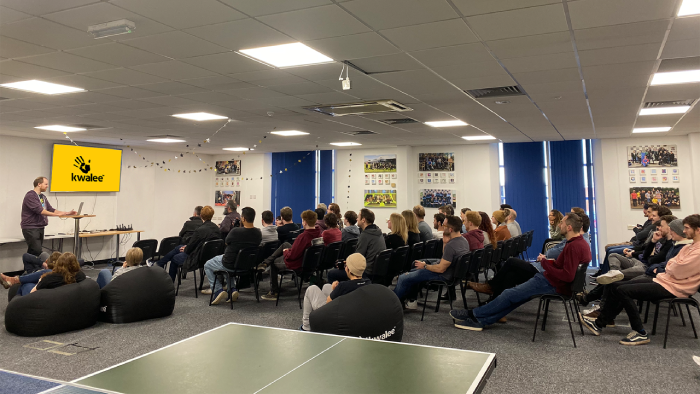 And then there’s the final piece of the puzzle: our generous profit share scheme. This entitles everyone in the team to a cut of all company profits each quarter, but those who pitch or contribute to Creative Wednesday projects that become successful games are eligible for even greater rewards. You might have read that this scheme exceeded £1.5 million in payouts directly to staff in little over a year, which should give you an idea of how significant these rewards can be! It all begins with Creative Wednesdays and we don’t want that to change.

To give an idea of how highly regarded Creative Wednesdays are among our team, I asked some colleagues for their perspectives.

“In another company your ideas could be dismissed because of your role,” says Elliott Wheat, our Lead Programmer at Kwalee, “but here we’re so lucky to have that creative avenue. Everyone is open to ideas and it doesn’t matter where they come from; if it’s a good idea, we’ll go with it.”

Even our own CFO was quite excited and proud about what we were doing with the weekly event, saying “Creative Wednesdays is quite a unique process that we’ve got. Anyone in the company can pitch an idea and be part of that process, contributing as much or as little as they want. They might just complete the pitch document, or they might do programming on one of the projects. There are no limits to the types of games that can be made.”

This is why we were so determined to keep Creative Wednesdays going even under COVID-19 restrictions, and while that obviously presented a challenge, I’m delighted to say that our digital/hybrid Creative Wednesdays have been running without a hitch ever since! With live gatherings in Leamington Spa, Bengaluru and Beijing complemented by a smattering of online attendees from all over the world, it’s a truly seamless hybrid event that exemplifies our new model of collaborating. 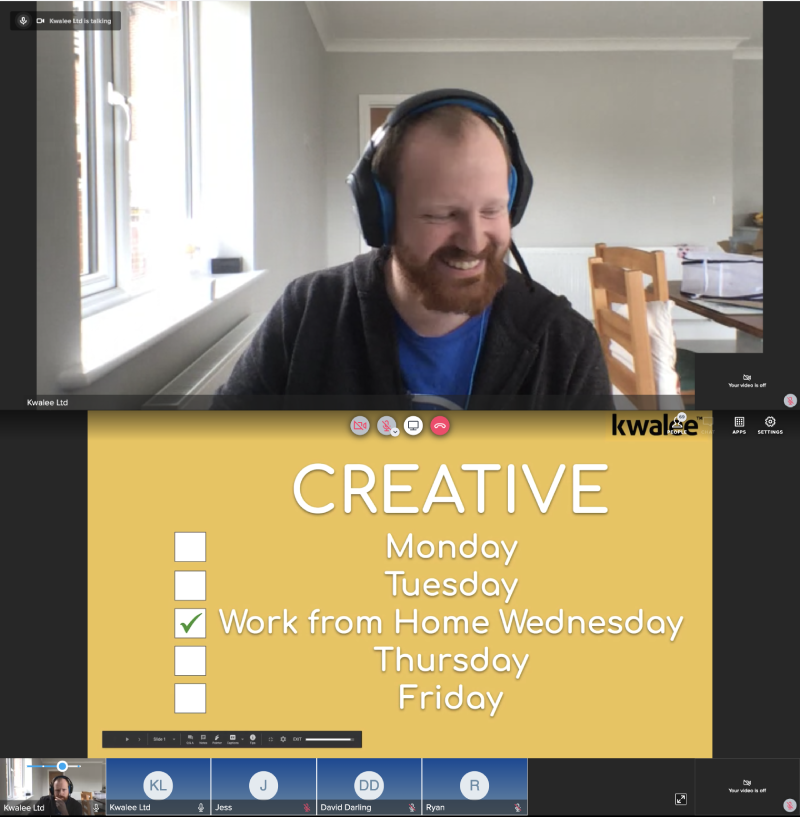 For all our team members who love Creative Wednesdays, and particularly for those who have recently joined our team, we are adamant that your location should not put a stop to a process that we take so much pride in. And through our efforts, we’ve seen this process get better and better over time.

We’re now proud to say that Creative Wednesdays is a hybrid event where everyone, including remote employees and our overseas studios, can join in and either pitch their own ideas or vote in support of ideas from other employees as passionate as them, and we’ve already published some big successes through them, including Bake It, Object Hunt, and Line Up!

If you’re interested in participating in Creative Wednesdays and the Kwalee profit share scheme, you can do so from day one of our many vacant positions. Click here to find out more.