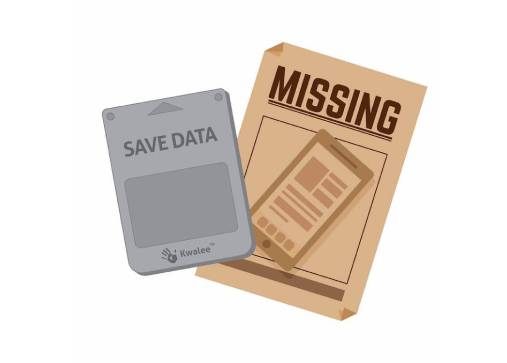 All of us have different hobbies to which we are attached, but gaming is quite particular in the way that it consumes our time and our imaginations.

To play a great game is to enter another world, but not just passively. In these worlds we spend hours learning and honing skills, we experience moments that stick with us, and we achieve feats of which we are rightly proud.

The record of all this, and indeed the point of access to the realities we create, is our save game data. About to reach the emotional climax of The Last of Us Part II? Without your save data, that whole journey is lost. Spent hours in Football Manager building up your hometown club to the Champions League? You’re just one file corruption away from a return to the crushing reality of the lower leagues.

We develop and publish hypercasual mobile games, which are experiences designed to provide quick bursts of fun throughout the day rather than in long sessions. But that doesn’t mean that players are any less attached to their hard-earned high scores in games like Jetpack Jump and Rocket Sky.

It’s no wonder, then, that gamers are filled with dread at the very idea of losing this data — and many have their own tales to tell!

Take Dinara, 29, who still remembers hers vividly despite five years having passed. “Back in 2015, I had long been awaiting the release of Assassin’s Creed: Syndicate and made sure I was amongst the first to get my hands on it and play,” she recalls. “I was glued to the game, sinking hours into completing everything and was around 95% through it, when my boyfriend tried to free up space on our external hard drive to install the new Call of Duty.”

“Long story short, he accidentally selected ‘delete all’ and wiped everything, including my game, from the hard drive. I was speechless. I didn’t even have the power to be angry and couldn’t speak to him for days. It’s been almost five years and I still can’t bring myself to pick up the game again, and haven’t completed an Assassin’s Creed game since!”

And of course, being a company full of passionate gamers ourselves, there were plenty more stories from within the Kwalee family. For QA Technician Lea, it’s a story from childhood that sticks firmly in the memory:

“When I was little, my favourite game in the world was Pokémon Blue,” he says. “Over about 4 or 5 years I spent every spare hour I had filling the Pokédex and training every Pokémon to level 100. It was my proudest achievement as I had done everything without the use of glitches or cheats, just pure effort.”

“Shortly after finally completing this, I turned on my Game Boy to show a friend what I’d done and to my absolute horror, I found that my save file had corrupted and all of that work was lost forever. I was absolutely gutted and I haven’t achieved 100% completion in any game of this scale since — even when I’ve wanted to, it’s always at the back of my mind that it could all go to waste.”

“I think I would have rather lost the Game Boy itself than the save data. A console can be replaced easily, but that data (and the time investment it represented) is gone and never coming back!”

Ouch. We’re all just a partner’s mistake or technical blip away from having our own experiences like this, but what if time were to slow down and we were given the chance to protect our most treasured data? Just how much would we be willing to sacrifice in order to keep it?

In an attempt to answer this question, we put it to the people. Speaking to thousands of gamers from the UK and USA, we asked which of their treasured possessions they’d be willing to sacrifice in order to protect their save data.

1 in 5 said that they would rather see their laptop, television or their favourite shoes destroyed ahead of their video game save data. Just as many would prefer to see their mobile phones wrecked than their game save data!

And why not? It’s easy to pick up where you left off in your favourite Netflix drama or retrieve files from the cloud, but the loss of video game save data is altogether more final and can mean spending tens, even hundreds of hours just to get back to the same point. And that’s if it’s even possible to retrace your steps, with increasingly sophisticated games in which the player’s journey is highly variable.

But the commitment of gamers goes much deeper than this. 1 in 10 said they would sacrifice their car in order to protect their saved game data, and just as many said that they would opt to see their entire house demolished before losing their treasured save data!

So does this mean that our virtual garages in games like Forza and Gran Turismo are more valuable to us than the cars we drive in the real world? Are the houses we build for our Sims more precious than the ones we actually live in? That is of course subjective, but what’s clear is that we assign great value to our in-game achievements and experiences.

Something our PR & Communications Manager Richard can attest to after his journey through Rockstar’s modern classic Red Dead Redemption 2 was cruelly interrupted:

“Red Dead Redemption 2 was probably the game I’ve been most excited about being released, having absolutely loved playing as John Marston in the first instalment,” he recounts. “I got the game on release, spent hours playing through the story and after completing it, was spending even more hours trotting through the map, exploring all the locations from the original and the tons of easter eggs in the game.”

“But one evening I had a friend over who had never played the game and, with little for him left to explore in my nearly-completed save, I loaded up a previous save for him that took us back to around a quarter of the way through the story.”

“We didn’t even play for long but after he left, I knew something was up. I checked to see if I could load my completed game, but the autosave function had completely overwritten it with this old, unfinished save. After spending longer than I’d like to admit looking for a way to fix this to no avail, it took me over a year to pick the game up again. At the time, I would definitely have sacrificed something material to get that save file back, I was gutted!”

But surely some things are sacred? Are there not some real-world experiences that inevitably overshadow anything a video game can offer? Not according to some gamers; 1 in 10 of them said that they would rather see their wedding ring obliterated than their saved game data… something we’re not sure they’d admit to their other half!

For those who don’t play games regularly, the levels to which people will go to protect their progress might seem strange or even alarming. But it’s a testament to a medium that can transport players to new and exciting worlds while creating precious memories.

So reflect on your own fondest memories of playing video games and consider how the loss of save data could have impacted, derailed, or even outright removed them from existence. How far would you have gone to keep them alive?

The data in full:

Collection of your favourite books – 16%