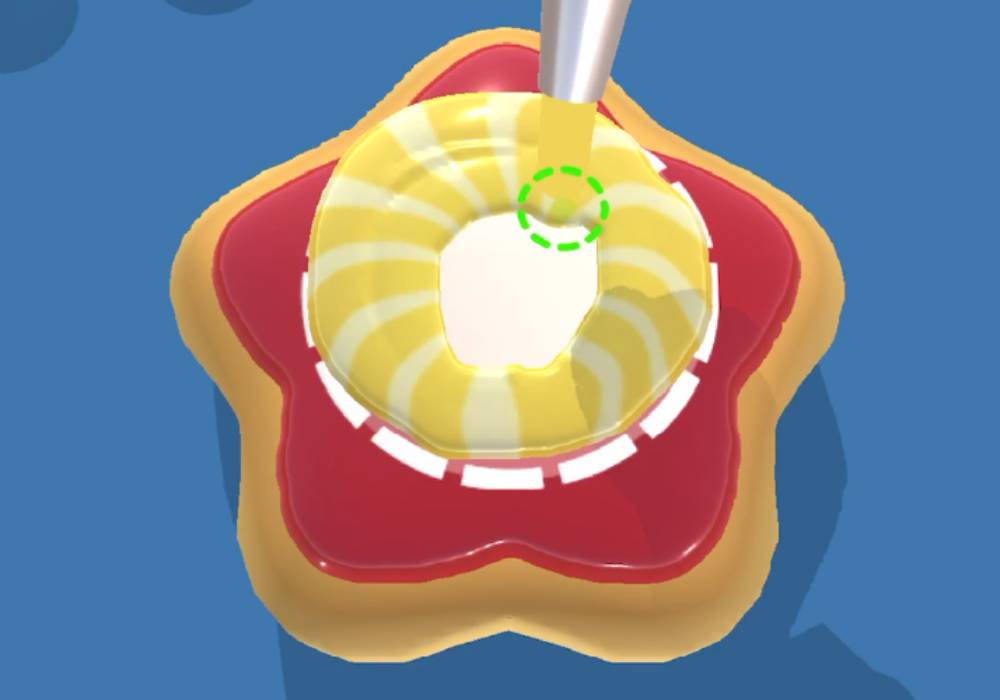 2020 was a difficult time for pretty much everyone. For us, it was challenging in that a lot of the cogs in our workflow had to change. From moving to a digital environment, preserving our workflow and pushing out hit games to focussing on the health of our employees – it was quite the rollercoaster ride.

But it all paid off in the end! Our teams have worked consistently in the past few months to get you the games you wanted. With your love and support, this news was made possible: Bake It has officially passed 50 MILLION downloads!

That makes Bake It our second-biggest game so far, which we’re all incredibly proud of. It’s also our first ever to be developed and published as a remote team, which is something we’ve since embraced with our global expansion.

Back in mid-2020, our very own ex-wrestler (we never waste an opportunity to mention this!) and Head of Development Simon Platt took the time to talk about the entire development experience behind creating Bake It with a remote team in the middle of the pandemic.

He shed some light on how they handled aspects commonly considered sophisticated to make a game play perfectly. For instance, getting the pace between challenge and interaction right. Or simplifying the game flow. Or trying to figure out how long the dough should take to plop itself on the tray.

What took the cake, though, was our new approach to communication. On this, Simon said: ‘For us the solution was to take a small step towards micromanagement to compensate for the loss of shared space. That might be a word that comes with negative connotations, but adjusting these small things on the fly via remote control or regularly reviewing work-in-progress videos went a really long way in helping us understand where we should be sinking most of our time when it comes to polish.’

That polish would later give the game its distinct tactile gameplay players needed to get that master baker experience. And boy, did the game explode on that front.

Bake It went on to become the #1 iOS game under the ‘Simulation’ category in 20 different countries, and raked in 10 million downloads in the first month alone!

Additionally, there was a surge in people finding a liking for baking as a way to help lift their lockdown blues, which is something Bake It clearly chimed with.

Our CEO David Darling CBE was excited about what the game could bring to the table, especially considering the new changes happening with the company’s workflow.

He opens up about the game’s success saying, “Seeing the success of Bake It along with a few other hit games of ours, like Object Hunt and Teacher Simulator – it gives us confidence in remote working as a major part of the new model for our work culture. There’s a lot of potential we’re seeing in working this way to bring more hit games in the long term, especially with a globally-distributed team, so we’re excited about that.”

Although Bake It was the first game to be released under a remote team, it’s definitely not the last one. All of our recent games were created by remote teams (we’re based across 13 different countries now!) and reflect similarly positive results. We’re still working towards making Bake It the best baking experience. So if you haven’t tried the game out yet, why miss out on the cake party? Try it out for free on your Android or iOS device today!

We are also currently running a challenge for third-party developers called Hypercasual Heroes, in which developers have the chance to get their games published by Kwalee and potentially secure a slice of that Bake It-style success – along with incredible, limited-time awards including a Tesla Model 3 car and $100,000 in advances with uncapped profit share to follow! Open for submissions until 31st August, developers can simply upload their 15-second gameplay video to our new publisher portal in order to be eligible.*

The trademarks TESLA and MODEL 3 are owned by Tesla, Inc. The Challenge is not sponsored, endorsed, administered by, or associated with Tesla, Inc. Tesla Model 3 awarded will be purchased by Kwalee and transferred to developer.