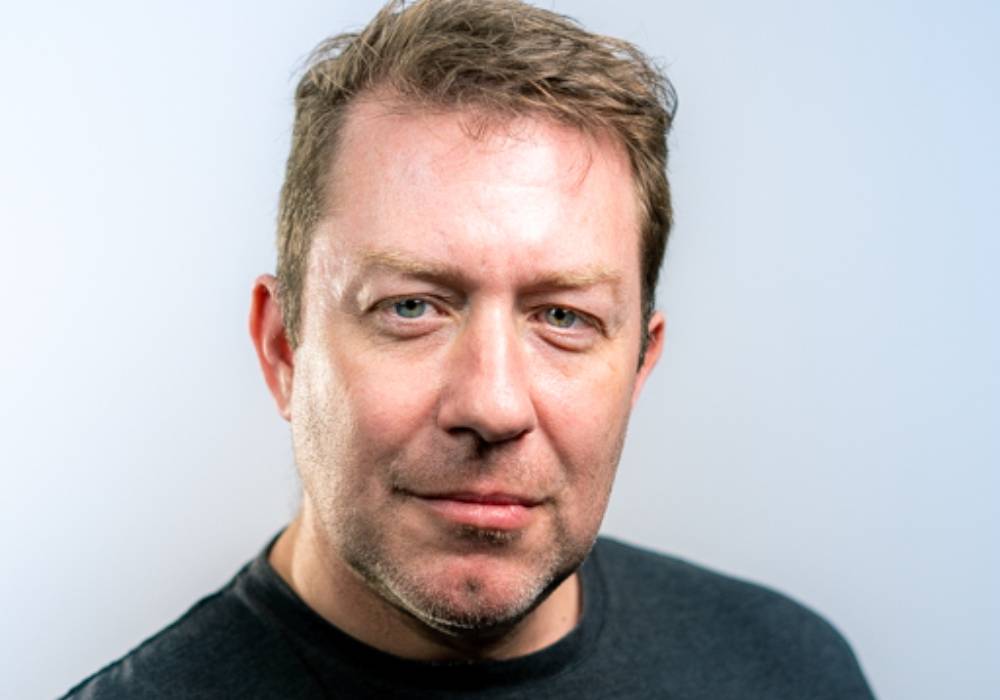 This time we’re chatting to our very own Max Everingham, Head of PC & Console Publishing! Max’s team has already launched Eternal Hope on Steam and TENS! on Nintendo Switch and Steam.

Exciting announcements around PC and console platforms will be coming soon, and in the meantime developers with games to show can contact Max’s team here.

I’m the Head of PC and Console Publishing, managing the teams to work with external game developers and helping make sure they have excellent launches.

I see my role as getting everyone pointing in the same direction for the work we do and removing any obstacles anyone in the teams may encounter so they can get on with their jobs.

What’s the first game you’ve played that inspired you?

The stock answer is usually Super Mario 64 because of the move to 3D but I love games that immerse you in a whole new world and enthrall you.

3D Monster Maze on the ZX81 was the first game that really inspired and captivated me, shrieking with surprise then legging it away as fast as possible when that T-Rex came crashing around the corner! Plus it was one of the first ever 3D games!

Then Pilotwings 64 is the game I harp on about the most to anyone who’ll listen because I like anything to do with flying and loved the serene, peaceful environment it created but coupled with some very fun and engaging challenges.

For emotion and storytelling though, the Telltale Walking Dead games shook me to my core, and even made me cry.

Why is your role important at Kwalee?

Sometimes we can all be so busy, so focussed on doing great work, that there’s very little opportunity for anyone to sit back, take a wider view and consider things like strategy and planning, establishing working principles, managing workloads and what we’ve learnt from previous activities and launches.

It doesn’t always feel like there’s time to think more imaginatively or with innovation, or to be more creative. That’s (hopefully!) where I come in, guiding and helping my teammates to consider these aspects.

What’s something about your role that might surprise people?

It’s not all meetings! At various times I also get to play games with colleagues, talk & enthuse about all forms of entertainment, pore through spreadsheets and contracts – OK that bit isn’t all that surprising! – discuss new ideas and projects with colleagues all over the company and, even at my advanced age, learn something new, which still happens all the time and I love it.

What’s the best or your most favourite part about your role?

My role is mostly about management, discussion and coordination, which doesn’t sound very exciting but I love that we all work together as a team, we’re enthusiastic and motivated and although we’re facing a big challenge, we know we’re all in it together and have each other’s back.

And despite many years in the games industry we all get as excited as little kids when we talk about games, or films or, even better, come across a game we love the look of and think we could do a great job publishing.

How did you end up in games and what’s been your path in the industry so far?

My first proper experience of games was trying to write an educational game for the Sinclair ZX81 in BASIC. It was a maths game (yep, sounds fascinating, I know!) with a space rocket on a gantry. Each time you answered a question correctly, the countdown went down another digit and if you got all 10 right, it was lift off!

Despite many years in the industry, we all get as excited as little kids when we talk about games.

I could never work out how to erase the lower parts of the rocket as it took off, though, so that was the end of my fledgling career as a programmer!

After that though I was hooked! I built a games review website back when most people were saying no-one would ever need or use a personal website or email address, got the attention of some Future Publishing folk who asked me to be a contributor (I was in Japan by then) then went through a career run of Editor of Official Xbox Magazine, Official PlayStation magazine, T3, to PR manager at Codemasters, moving on to various senior brand and business positions at game publishers, to working for the Australian government specialising in counter people smuggling and counter terrorism, through to where I am now.

That one’s easy – the pace! Not for us, but watching what happens on the mobile side of the business makes our collective heads spin on the PC and Console publishing side. The energy, enthusiasm and creativity is incredible, and awe-inspiring.

But there are many other factors too. A senior leadership that is the real deal and are still heavily involved in – and enthused by – making and promoting games, an inclusive, friendly and vibrant work environment full of amazingly talented people working in and hailing from all over the world, and the famed Creative Wednesdays, that truly allow anyone in the company to come up with the next big gaming hit!

What advice would you give to someone wanting to join the games industry?

Making successful video games is a team effort and everyone can, and should, share in the success. When the tide rises in the harbour, all the boats rise with it.

Be supportive of others in your team and in the company, celebrate their successes because their achievements don’t threaten or diminish your own. Apologies there to Tim Minchin, but he is right.