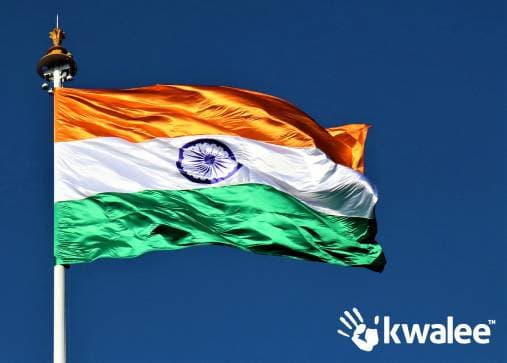 When you’re making mobile games for players all over the world, you are by definition a global company.

And while we’ve always been firmly studio-based, with our team of more than 75 in Leamington Spa, we’ve always had this outlook. As a publisher, we partner with developers from all over the world. Our team contains many people from outside the UK, many of whom have relocated to join us, and we’ve recently opened some roles to remote workers on a permanent basis as a direct result of lessons learned from COVID-19.

But most importantly, with more than 370 million downloads and growing all the time, our games have been played in every country in the world.

With all of this in mind, establishing some presence beyond the UK and Europe feels like a logical next step to reflect what we’ve already achieved globally, and to help us achieve even more of our goals. This is why we’re opening a second Kwalee studio in Bangalore, India, and we’re extremely excited about what this means for the future of Kwalee.

The planning around this has been going on for a while and of course the timing of this reveal is imperfect; the Bangalore studio will not be opening its doors fully until it’s safe to do so upon the full lifting of COVID-19 restrictions. However, hiring in Bangalore is well underway with vacancies in Programming, Game Art, Game Design, Publishing, Talent Acquisition and many more disciplines as we look to build a really strong team.

Why Bangalore? We know from experience that there is a great deal of mobile game (and specifically hypercasual) development expertise in India, and Bangalore stood out in particular thanks to its international reputation as a tech hub and its deep pool of talent.

But the crucial thing for us is that the Bangalore team and the Leamington Spa team are not two separate entities that work on separate projects and rarely collaborate. Instead, we’ll be doing everything we can – be it in terms of look and feel at the studios, use of technology, or other means that we continue to explore – to allow Leamington and Bangalore to collaborate as though they are a single studio.

Departments will be made up of a combination of Leamington and Bangalore-based staff, which thanks to time zones will allow us to achieve something approaching an ‘always on’ workflow. While Bangalore is sleeping, Leamington will be working and vice versa, which should allow us to be even more efficient with our development – a must in the rapid world of hypercasual.

What we’re most excited about, however, is to expand what we’ve built in the UK across another studio and another country. We’re incredibly proud of the environment we’ve built at Kwalee, including Creative Wednesdays and our generous profit share scheme, and we know that it leads to great, successful games as well as a fulfilling place to work. We can’t wait to apply these same principles in Bangalore and for the Kwalee family to get a lot bigger.

If you’re interested in checking out all our current vacancies, whether in Bangalore, Leamington Spa or remote working, you can learn more here.